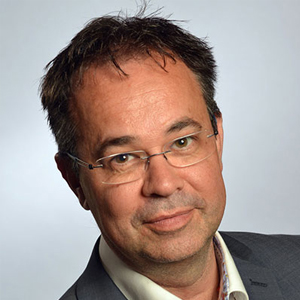 In diagnostic radiology (DR) he undertakes imaging in Ultrasound, CT and MRI. He has specialist interest in gastrointestinal, vascular and urogenital radiology with research interests in non-invasive techniques to diagnose cancer early.

Dr Ian McCafferty attended University College London & the Middlesex Hospital obtaining an intercalated degree in Immunology in 1986 and qualifying in Medicine in 1989. He undertook a 5yr-training program in radiology in the West Midlands Deanery scheme obtaining full Fellowship of the Royal College of Radiologists in 1996. After he returned to Birmingham to take up his consultant post at Queen Elizabeth Hospital Birmingham in 1999. In 2001 he was appointed honorary consultant interventional radiologist at Birmingham Children’s Hospital.